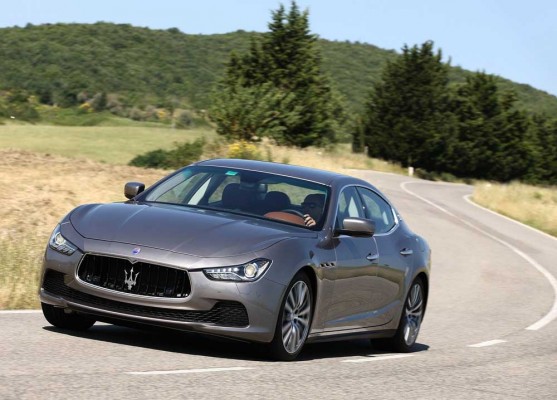 The all-new Maserati Ghibli is set to break new grounds for Maserati. With its debut at the 2013 Shanghai Motor Show, it marks the first time in Maserati history that the Italian sports, luxury and prestige maker will have two four-door saloons on sale at the same time. 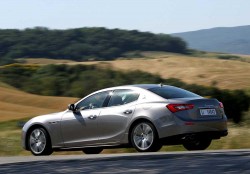 The Maserati Ghibli’s design ethos emphasises its more dynamic driving characteristics by maintaining visible links with the larger Quattroporte while delivering a more aggressive visual personality. The outline of the body reflects a coupe-like philosophy for the four-door saloon, while there are strong feline hints around the Ghibli’s grille and headlights. The grille takes its inspiration from the current GranTurismo and it can draw a line back to the classic A6 GCS of the 1950s.

It also maintains Maserati’s distinctive C-pillar treatment, which delivers much of the coupe-like stance and carries the classical Saetta Maserati logo, carrying on a tradition dating back to 1963. The side profile is dominated by a swage line that runs from the traditional Maserati grille vents behind the front wheels and finishes in the rear lights themselves. 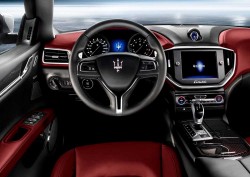 Inside, the Maserati Ghibli sets itself apart from the Quattroporte with its own dashboard design that perfectly meets the buyer’s need for a sportier and youthful experience without losing any of the luxury expected in a Maserati. The Ghibli also delivers a sporty design combined with the typical roominess of an executive saloon. The Maserati Ghibli will have a more-focused, sportier philosophy than the larger Quattroporte. It will be available with two turbocharged 3.0-litre V6 petrol engines, and an eight-speed automatic transmission. 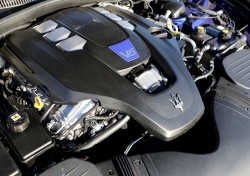 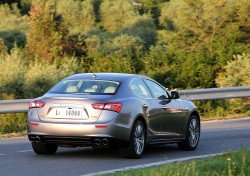 Both of these engines, with their parallel turbochargers, were developed by Maserati Powertrain in partnership with Ferrari Powertrain and will be built by Ferrari in its world-leading engine construction facility in Maranello. Sharing much of the technology with the Quattroporte’s 3.8-litre V8 engine, the V6 engines use petrol direct-injection technology along with two low-inertia parallel turbochargers, four continuous camshaft phasers and deliver their fuel at around 200 bar of pressure. This technology means that while the Ghibli S V6 has a rev limiter at 6500rpm, it still delivers 90 percent of its torque from less than 1500rpm. 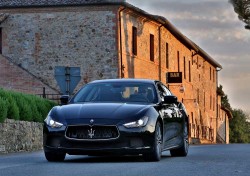 The Ghibli will also become the first Maserati production car in history to be powered by a diesel engine, with a 3.0-litre V6 turbo-diesel. The 3.0-litre turbo-charged V6 develops 202kW (275hp) of power and a crushing 600Nm of torque to deliver 0-100km/h acceleration in just 6.3 seconds. Critically, its NEDC fuel economy figure is less than 6.0 litres per 100km (more than 47 mpg). It uses highly advanced Common-Rail direct fuel injection with 2000 bar of injection pressure and it also features reduced-dwell-time injectors. This helps it to deliver sequential multiple injections for highly responsive performance and cleaner emissions with a CO2 output of less than 160g/km on the combined cycle. 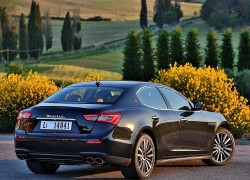 Every Maserati is instantly recognisable by its engine note and the Maserati Ghibli Diesel is no different from its petrol ‘sisters’, thanks to the new Maserati Active Sound system. Two sound actuators, fitted near the exhaust tailpipes, accentuate the engine’s most distinctive tones and modulate them precisely to suit the way the car is being driven. When the driver presses the Sport button on the central tunnel, the sound becomes even more resonant and utterly inspiring.

The Ghibli is set to reveal a character all its own thanks to its combination of double-wishbone front suspension and a state-of-the-art, multi-link rear suspension with the option of the active Skyhook system, part-time all-wheel drive, firm suspension damping and a powerful braking system. The Ghibli is the only car in its class to use a standard mechanical limited slip differential in all its versions in order to deliver the best inherent traction in all driving situations. 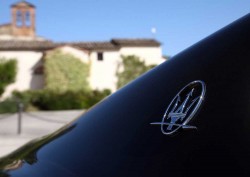 Like the Quattroporte, its chassis design is based around a rigid and extremely secure steel safety cell that employs an array of different steel and aluminium alloys to deliver precise strengths and minimal weight. The front of its chassis is based around an aluminium casting with a reinforced cross-strut which helps deliver outstanding rigidity in all directions, while the rear of the chassis is made from rolled steel. The Ghibli’s three ground-breaking engines will be fitted into a wheelbase that is around 20 cm shorter than the Quattroporte (2.99m) and an overall length that is, at 4.97m, 29cm shorter.

The Ghibli S will boast 360mm x 32mm ventilated and cross-drilled dual-cast front brake discs while it has 350mm x 28mm ventilated rear discs. It uses six-piston Brembo fixed brake callipers on the front and four-piston units at the rear to help it stop from 100km/h to zero in just 36 m. The Maserati Ghibli sits on 18-inch wheels and tyres, while the Ghibli S models ride on 18-inch staggered tyres; 19-inch, 20-inch and 21-inch wheels are available as optional extras. 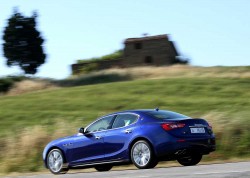 With the Q4 all-wheel drive system both Maserati Ghibli and Quattroporte are capable of finding traction on the slipperiest surfaces thanks to its state-of-the-art, on-demand engineering. The Q4 system delivers the responsiveness of a rear-wheel drive combined with the added security that only an all-wheel drive can bring in critical situations, without creating extra fuel consumption. That is what Maserati has achieved with the Q4. The system leaves the front wheels passive until they are needed to help with traction and then they are instantly and intelligently engaged.

The system architecture is based on an electronically controlled multi-plate wet clutch, installed into a transfer case linked by a drive shaft to the front axle. When grip is lost through excessive cornering speeds, hard acceleration or very low grip at the rear axle, the system takes just 150 milliseconds to change from delivering 100 percent of the drive to the rear wheels to an equal, 50%-50% split between the axles. The multi-link rear suspension provides so much rear traction, though, that the Q4 rarely needs to send more than 35 percent of the drive to the front wheels. 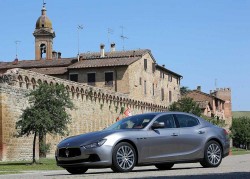 It is also capable of returning to rear-drive status just as quickly, ensuring at any time the best possible traction without the traditional all-wheel drive penalties of added fuel consumption and poor responsiveness. Maserati developed its own sophisticated algorithm to oversee in real time an enormous array of vehicle parameters (such as wheel slip, steering and yaw angle, power output, speed, braking action, ESP) as well as wheel grip versus driving style.

By processing this data, the Q4 system can maximise a dedicated grip profile for each wheel, creating the optimal vehicle dynamic management to suit any given road condition, at any time. The Maserati Q4 all-wheel-drive system is available with the new V6 410hp engine and perfectly matches the grand touring qualities expected of a high performance Maserati saloon, whatever the road conditions. 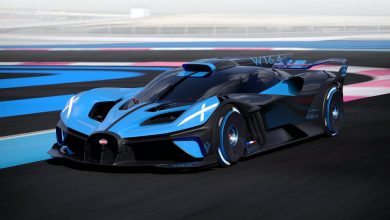 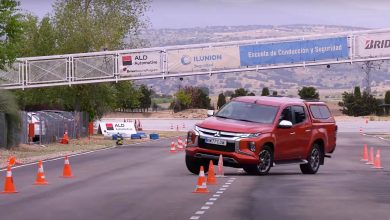 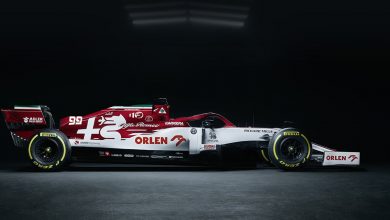 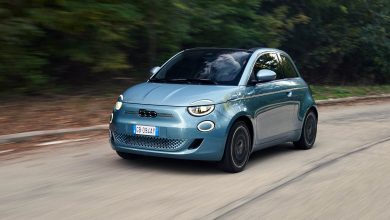